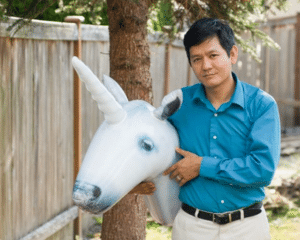 An interesting point of view from the Nonprofit AF written by Vu Le, the former Executive Director of RVC, a nonprofit in Seattle that promotes social justice by developing leaders of color, strengthening organizations led by communities of color, and fostering collaboration between diverse communities.

Fast forward a few years, I am now having coffee with a program officer, trying to convince this funder to give more money to organizations led by Black, Indigenous, Latinx, and POC communities. “I am not sure that aligns with our priorities this year,” said the program officer, sipping coffee slowly while the laughter and chatter of folks around us reverberated as golden afternoon sunlight streamed through our windswept hair (This was before the pandemic, so I might be romanticizing it a bit). “But, we are open to supporting nonprofits if they are thinking of merging.”

The lack of analysis around our sector regarding mergers is alarming. Many people, especially funders, have accepted this premise that there are too many nonprofits and that they need to merge more. I imagine these folks raising their fists at the clouds from time to time, screaming, “Why can’t these gosh darn nonprofits just merge, dag-gummit!”

I am not opposed to mergers. Some nonprofits should definitely consider merging. What I have a problem with is the thoughtlessness behind this constant push, especially by funders and other people in power. Here are a few things we need to think about:

1. Nonprofits exist because of systemic failures: Stop blaming nonprofits for the fact that there are “too many” nonprofits. Yeah, there are lots of people, especially from the corporate sectors, who decide to found organizations to send used T-shirts to poor countries or whatever. But the reality is that most nonprofits exist because of failure of government and capitalism. For example, the federal minimum wage is a pathetic and unethical $7.25 when it should be $24 if it had kept up with inflation. If we can take care of wealth disparity, regressive tax codes, lack of universal healthcare, etc., then there would naturally be fewer nonprofits for people to whine about. Until then, there is plenty of work to go around.

2.There are “too many” nonprofits because of crappy funding practices: Progressive funders chase after shiny new things they call “innovation,” abandoning existing organizations and programs that have proven to be effective. We have been conditioned to constantly start new programs, projects, and organizations in order to keep attention and resources flowing to these critical issues. If you are a funder who currently only funds new projects or orgs, you need to shut up about mergers, because you have no authority to speak on this subject, being a part of the problem in the first place.

3.We do not expect this of for-profits: For some reason, we’ve accepted that having multiples of different for-profits is not only OK, but necessary, going as far as having strict laws preventing monopolies. Can you imagine people expecting all the small cafes in a neighborhood to merge into one giant cafe or else be annexed by Starbucks? Why is that OK to expect of nonprofits? For all the grumblings about how nonprofits should act more like for-profits, nonprofits are held to completely different standards.

5.People deserve choices in programs and services. The people we are supposed to be helping need to know that if one organization does not work for them, that they can go to a different one. To think that fewer, bigger nonprofits would be more effective in meeting their needs is to assume that communities are monolithic and the inequities they face are simple. The constant push for the Vietnamese social service organization I led to merge with the other Vietnamese social service organization was ignorant, infantilizing, and insulting to the community, who deserved options and the autonomy to choose.

6.We often need MORE nonprofits led by Black, Indigenous, POC communities, not fewer: When you say “there are too many nonprofits,” be specific about what kind you are talking about. Many racialized and marginalized communities are underserved or poorly served by existing mainstream organizations. They need more options among organizations that are led by those communities in order to adequately meet needs. Yes, there are instances where communities can splinter into dozens of groups, but it’s important to understand the history and cultural dynamics of those communities, instead of punishing them for not merging or collaborating.

7.Nonprofits can be more effective pushing from different angles: There is an assumption that one giant, “more efficient” organization that cuts down on overhead or whatever and thus would be more effective. Is that really true? We’ve been trained to think it is. Why pay five different EDs/CEOs’ salaries when they can just merge and there’s only one leader, am I right? But think of the amazing organizations led by Black women and other women of color who worked to mobilize voters and saved democracy. Should their organizations all have just merged into one giant organization under one leadership team? That might be more efficient but would it be more effective? In many cases, especially when it comes to marginalized communities, we need more leaders doing the work, not fewer.

8.Mergers are often messy, expensive, and tense: People who push for mergers often have never gone through a merger before. I haven’t either, but I know colleagues who have. They are expensive (often costing 100K or more), time-consuming (taking up to years), and create all sorts of tensions about board composition, leadership structures, operating values, who gets which parking spots, etc. Sure, some organizations successfully pull it off and the community is better for it. But often, the time and resources that are expended to attempt a merger could be put to more effective use, like on programs and services and staff compensation.

9.There are better ways for nonprofits to collaborate than mergers: Many of us believe that nonprofits should collaborate more effectively. But let’s not limit ourselves to mergers. RVC, for example, the organization I was recently the ED of, over the past few years implemented this Starfleet-like model where operation support partners’ back-office tasks like financial management, HR, payroll, legal compliance, etc. are handled so orgs can focus on programs and services. This model provides efficiency while allowing organizations the time and energy to actually innovate.

I am not opposed to mergers. Again, many organizations should definitely merge. Many are made stronger and more effective through consolidation. The issue is the expectation that every nonprofit should merge. A merger, without critical analysis, can be a red herring, a distraction. Before you consider a merger, or the next time you force nonprofits to consider it, take a moment to analyze why. What would this merger accomplish? Are these organizations led by marginalized communities? Did these communities bring up this idea, or are you foisting it on them, thinking you know better than they do?

We need to treat the merger as one tool in a toolbox, not the silver bullet that will magically solve everything. It won’t. If you’re a funder, instead of pressuring organizations to merge, maybe just increase your payout rate and give out more money to nonprofits and allowing them the trust to do their work, including through advocacy, so they can take care of systemic issues and put themselves out of business, and then there won’t be a need for you to shake your fists at the sky in frustration at the lack of mergers.

Vu Le (“voo lay”) is a writer, speaker, vegan, Pisces, and the former Executive Director of RVC, a nonprofit in Seattle that promotes social justice by developing leaders of color, strengthening organizations led by communities of color, and fostering collaboration between diverse communities.

Vu’s passion to make the world better, combined with a low score on the Law School Admission Test, drove him into the field of nonprofit work, where he learned that we should take the work seriously, but not ourselves.